The Honorary Doctorate Distinguished Lecture – Climate Change and Innovative Paths to a Sustainable Future – was successfully held online on 3 December 2021 (Friday). The Department of Physics was delighted and honoured to invite Professor Steven Chu to deliver this insightful and inspiring lecture, which well aligns with the department’s new research and education initiatives on Green Energy and Smart Technology. More than 300 participants took part in the event. Professor Alexander Wai, President and Vice-Chancellor of HKBU, Professor Rick Wong, Provost, Professor Jiming Liu, Dean of Science, and members of Department of Physics attended the talk together. They took a group photograph with Professor Chu. 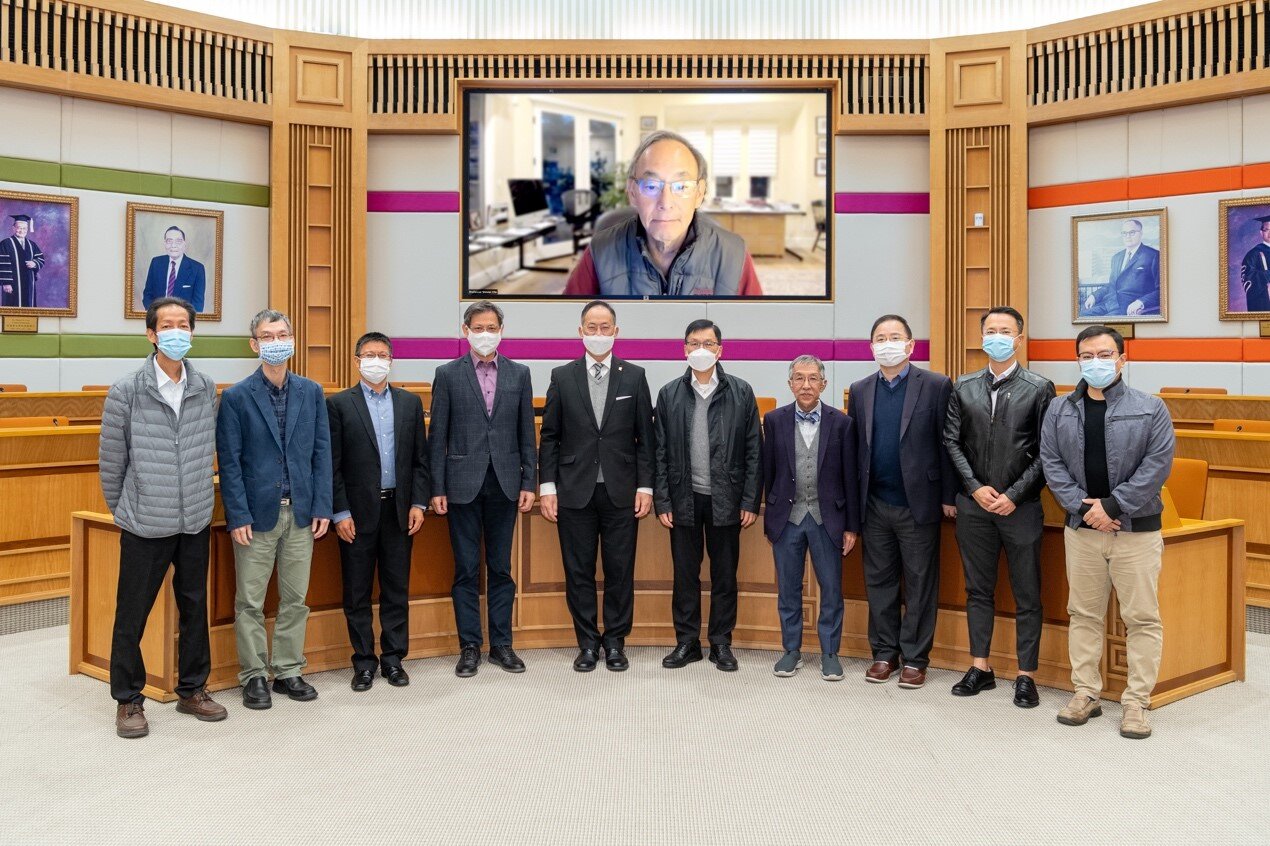 Professor Steven Chu is a world renowned physicist and the 12th United States Secretary of Energy. His remarkable contributions to laser cooling and atom trapping won him the Nobel Prize in Physics in 1997. He is currently the William R. Kenan Jr. Professor of Physics and Professor of Molecular and Cellular Physiology at Stanford University in the United States. He was conferred the degree of Doctor of Science, honoris causa, by the University in November 2021.

During the lecture, Professor Chu discussed the stresses, significant effects and technical challenges due to climate change. He also discussed the ideas of energy storage, renewable energy and a new agricultural revolution, which are potential solutions that could transition the World to a sustainable future. He also highlighted the advantages and inherent problems to be solved in these solutions. At the end of the lecture, Professor Chu raised a few interesting questions to interact with the audiences. The attendees eagerly took part in the Q & A session and exchanged ideas and views with Professor Steven Chu.

Professor Chu raised a few interesting questions to interact with the audiences.

At the end of the lecture, Professor Chu shared his favourite yet famous quotes from William A. Anders with the audiences. 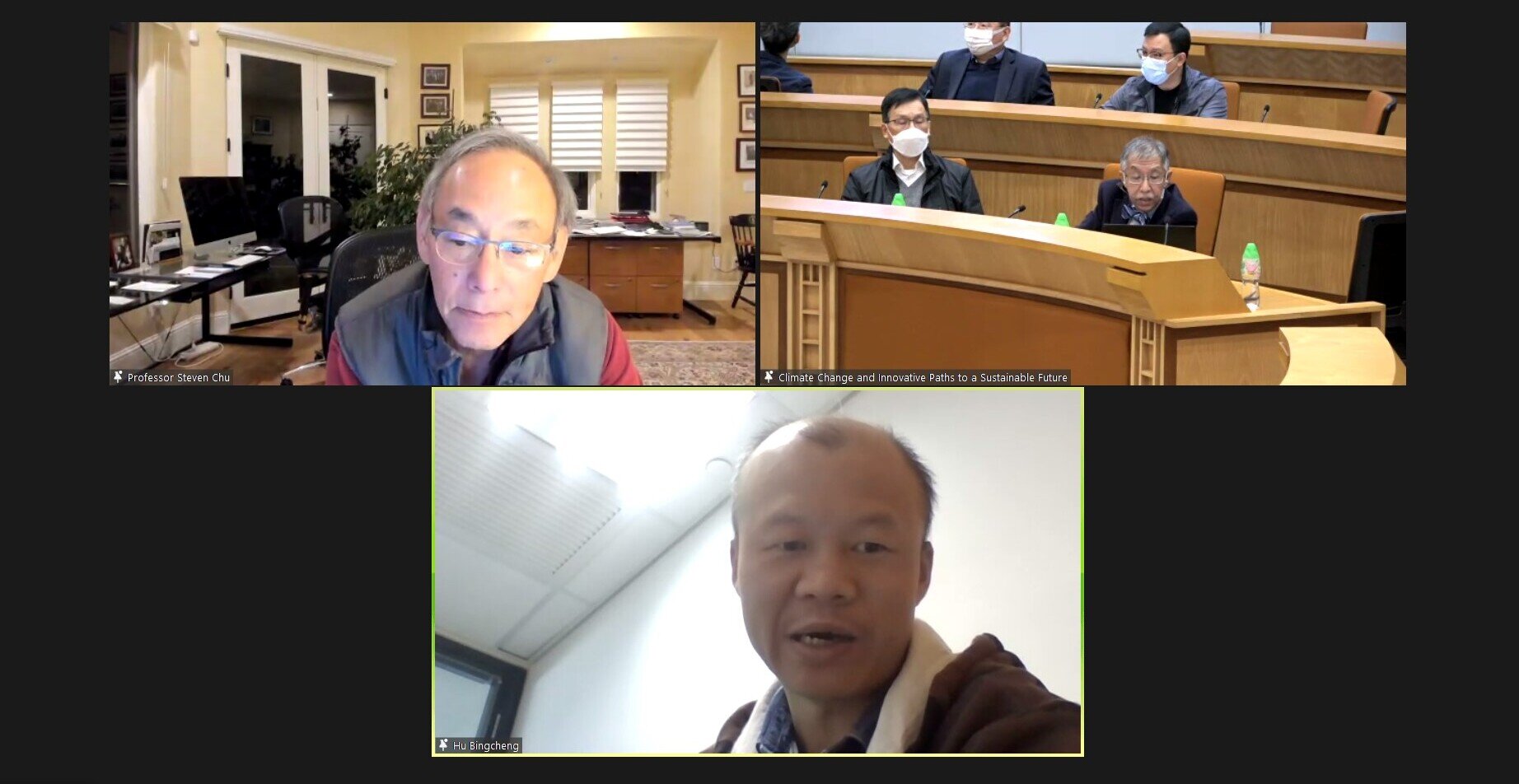 The attendees actively shared knowledge and views with Professor Chu through the wonderful and illuminating talk.