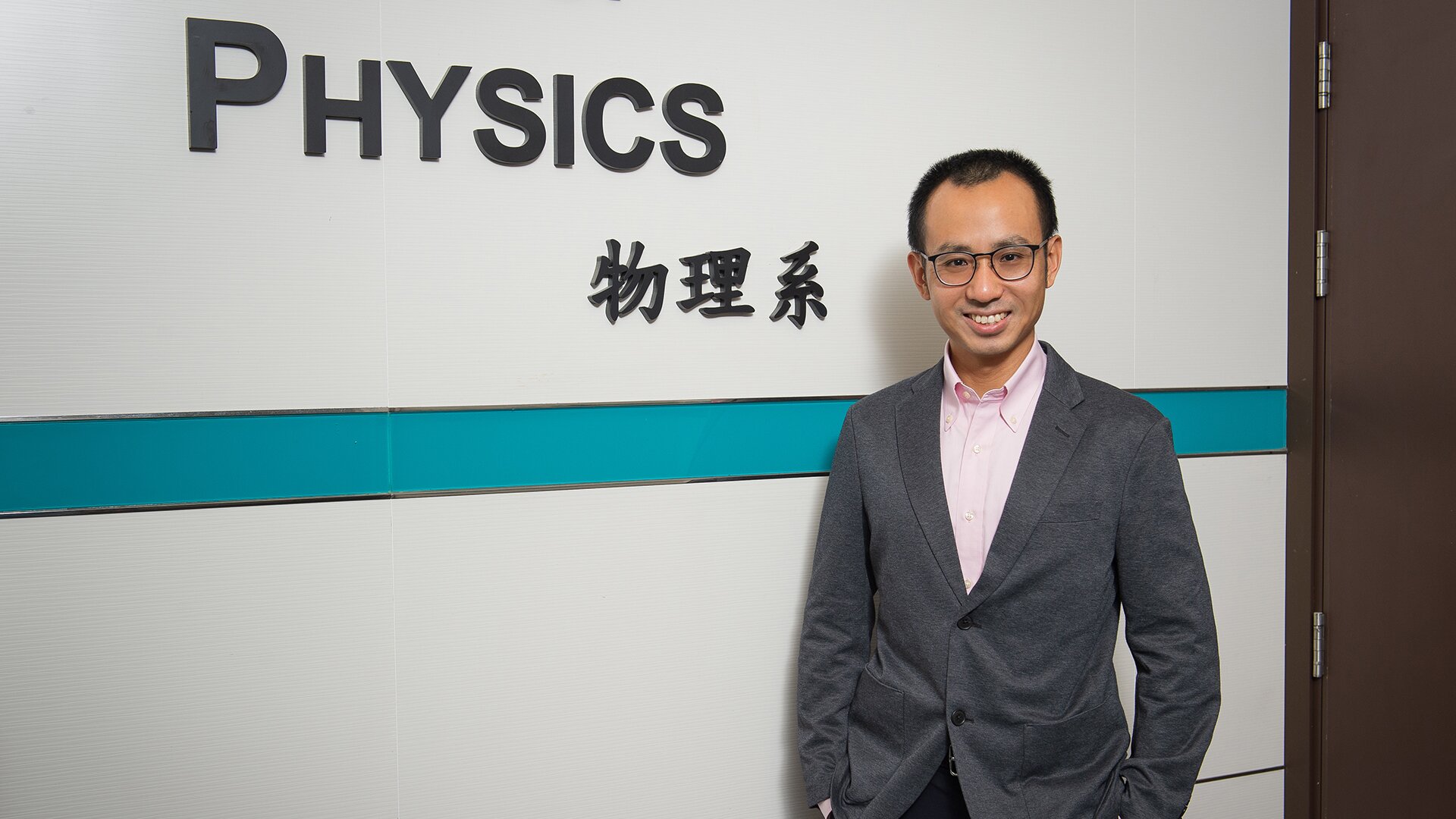 Dr Ma Guancong, Associate Professor of the Department of Physics at Hong Kong Baptist University (HKBU), was bestowed with the prestigious Chen Ning Yang Award 2022 for his pioneering investigations into novel Hermitian and non-Hermitian topological phases in wave systems.

Dr Ma is one of three awardees this year, and the first physicist from a Hong Kong university to receive the Award.

Jointly established by the Association of Asia Pacific Physical Societies (AAPPS) and the Asia Pacific Centre for Theoretical Physics (APCTP), the Chen Ning Yang Award aims to honour young researchers and promote the development of leaders in physics in the Asia Pacific region. The award presentation ceremony was held online on 22 August.

Dr Ma’s main research interest lies in classical wave physics with the focus on topological acoustics and mechanics. His topics of interest also cover areas such as acoustic and elastic metamaterials, as well as wavefield shaping.

The Award judges commended Dr Ma’s work and said that it has not only exemplified the universality of topology as a foundation in physics, but it has also revitalised the study of classical waves by bringing new tools for wave manipulations. For instance, his research opens a new frontier for topological physics by linking it to non-Hermitian systems - a new physical formalism that describes open systems. Singularities called “exceptional points” can emerge in the parameter space of non-Hermitian systems. Dr Ma’s contributions on the topological properties of such exceptional points are among the reasons for earning this award.

Dr Ma obtained support from the National Natural Science Foundation of China’s Excellent Young Scientists Scheme (Hong Kong & Macao) in 2019. In 2020 and 2021, he was named as one of the top 2% of scientists in the world by Clarivate Analytics. He was selected as one of the “Top 10 Rising Stars in Science and Technology” by the China Association for Science and Technology in 2021. He is also an awardee of the Research Grants Council’s Research Fellowship Scheme in 2022.