Researchers from Hong Kong Baptist University (HKBU) have invented a nanostructure that can stimulate neural stem cells to differentiate into nerve cells. They found that the transplantation of these nerve cells into rats with Parkinson's disease progressively improved their symptoms, with the new cells replacing damaged nerve cells around the transplantation site. This novel invention provides promising insights into stem cell therapies and offers hope of a new treatment for Parkinson's disease.

Parkinson's disease is one of the most common neurodegenerative diseases. It is commonly diagnosed in people over the age of 60. It arises from the degeneration of dopaminergic neurons (i.e., dopamine-producing nerve cells) in the substantia nigra, a complex and critical region of the brain. This results in impaired body movement and issues with the body's motor systems, with common symptoms including shaking and difficulty with walking.

While current treatments cannot cure Parkinson's disease completely, stem cell therapy is one of the most promising potential treatments. It involves cultivating stem cells for differentiation into new and healthy cells, tissues or organs which can then be transplanted to human body to replace damaged or dead cells.

Conventional stem cell culturing techniques require a large number of additional growth factors in a culture medium. The chemicals used may stimulate the growth of cancer cells and increase the risk of developing tumours after transplantation to human body. Besides, the brain‐like structures obtained from this method usually poorly resemble their counterparts in the brain. Efficiency of the conventional culturing techniques is low as the process spans more than a month, resulting in a high risk of contamination.

The pioneering nanomatrix, developed by a research team led by Professor Ken Yung Kin-lam, Professor of the Department of Biology and Dr Jeffery Huang Zhifeng, Associate Professor of the Department of Physics at HKBU, can induce the rapid and specific differentiation of neural stem cells into miniature substantia nigra-like structures (mini-SNLSs). These mini-SNLSs mainly comprise of dopaminergic neurons and they can replace the damaged or degenerated cells in the substantia nigra in the brain.

The nanomatrix consists of a silica plate coated with a nanostructure layer. Thickness of the nanomatrix is only 550 to 730 nm, yet there are trillions of nanozigzag structures on the surface which can initiate the growth of neural stem cells into mini-SNLSs without the use of chemical growth factors.

"When the neural stem cells come into physical contact with our tailor-made nanozigzag matrix in vitro, the 'physical massage' can induce the cells to differentiate rapidly into the desired dopaminergic neurons. A self-organised mini-brain-like structure can be developed in only two weeks with risk of carcinogenesis substantially reduced," said Dr Huang.

The research team carried out further laboratory tests with mini-SNLSs in a rat model. They transplanted mini-SNLSs cultured with the nanozigzag matrix into the brains of rats with Parkinson's disease that exhibited severe motor asymmetry and rotation, which are major symptoms of Parkinson's disease.

Starting from the 8th week after the transplantation, all rats showed improvements and a progressive reduction in rotation. In the 18th week, dopaminergic neurons were seen and widely spread around the primary transplantation site. In addition, no tumour‐like characteristics were detected. In contrast, rats in the control group without transplantation showed no signs of improvement.

Differentiation of other functional cells

"The results showed that these mini-brain-like structures exhibited excellent survival and functionality in the brains of rats and resulted in the early and progressive improvement of Parkinson's disease in rats in vivo. It lays the foundation for research into stem cell therapies that may ultimately cure Parkinson's disease," said Professor Yung.

"By varying the stiffness, density and arrangement of the nanozigzags, or the shape of the matrix layer, the neural stem cells can be differentiated into different desirable functional cells. The invention has shown great potential for the treatment of other incurable diseases, such as Alzheimer's disease and certain types of cancer," Professor Yung added.

The research discovery was published in the academic journal Advanced Science. The research team has been granted a US patent for the nanozigzag matrix.

Apart from HKBU scientists, the research team also included Dr King Lai Wai-chiu, Associate Professor of the Department of Mechanical and Biomedical Engineering at City University of Hong Kong, and a number of other researchers. 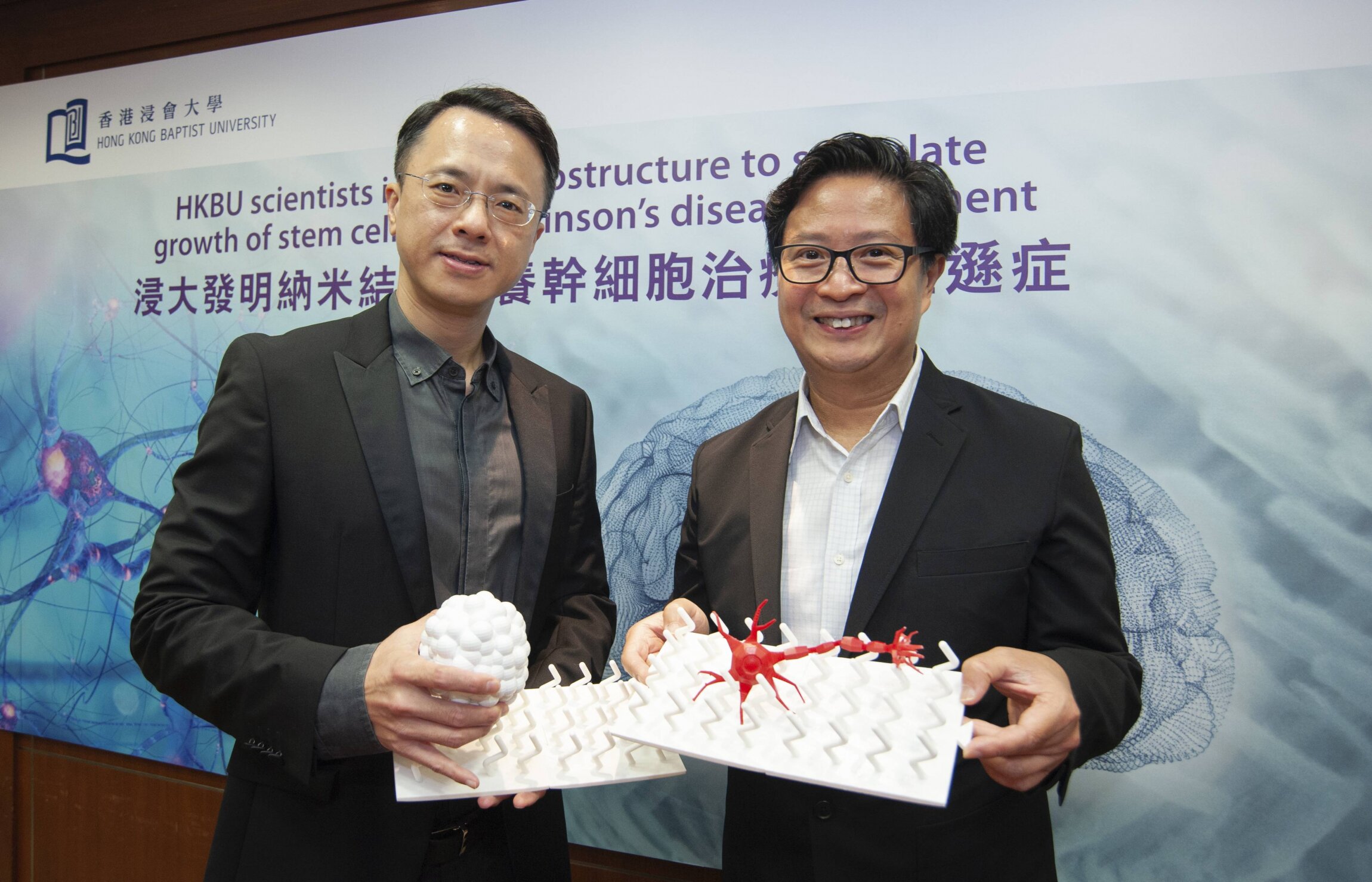 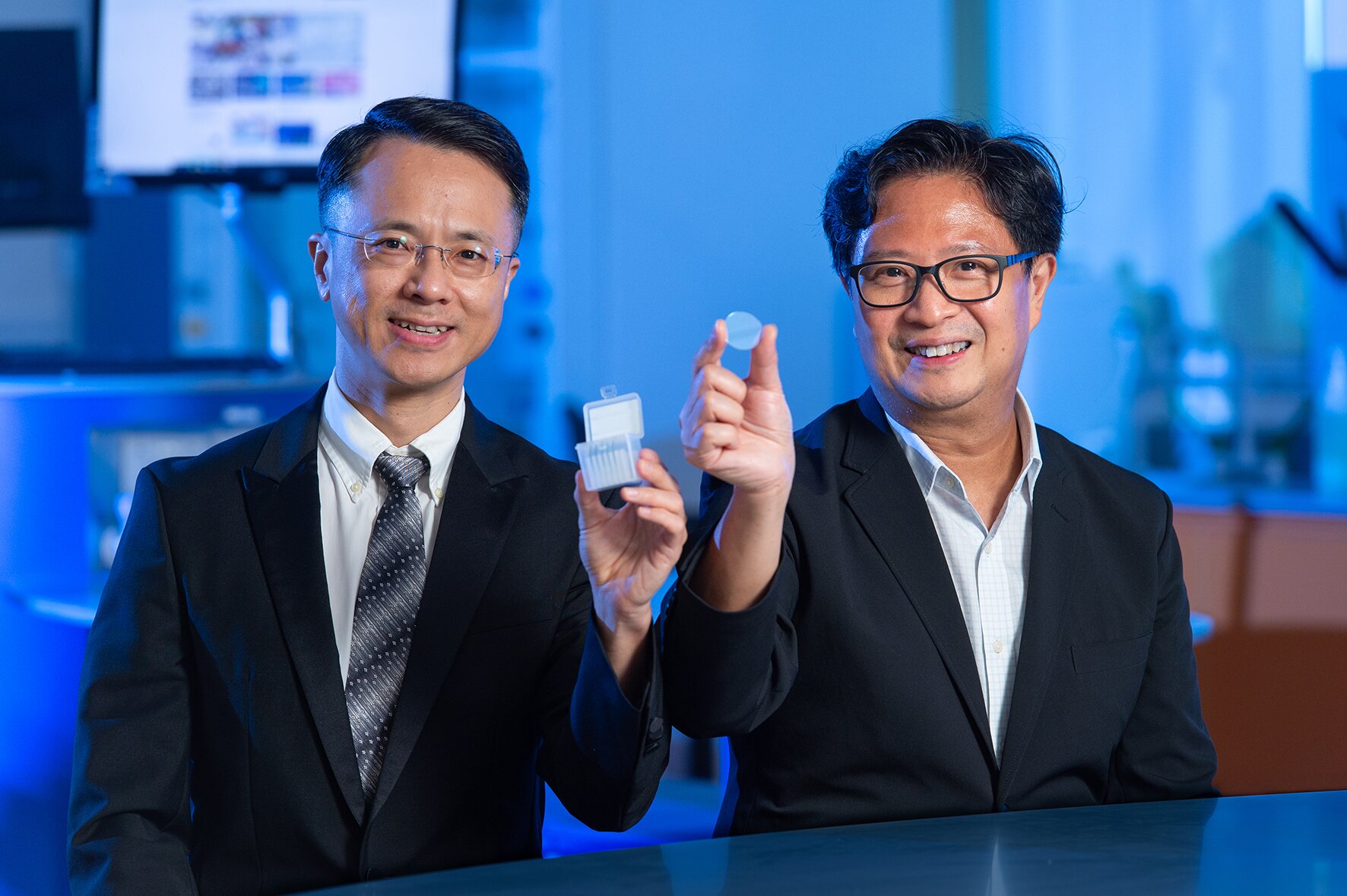 With the patented silica nanostructure, a self-organised mini-brain-like structure can be developed in only two weeks with the risk of initiating cancer formation substantially reduced. 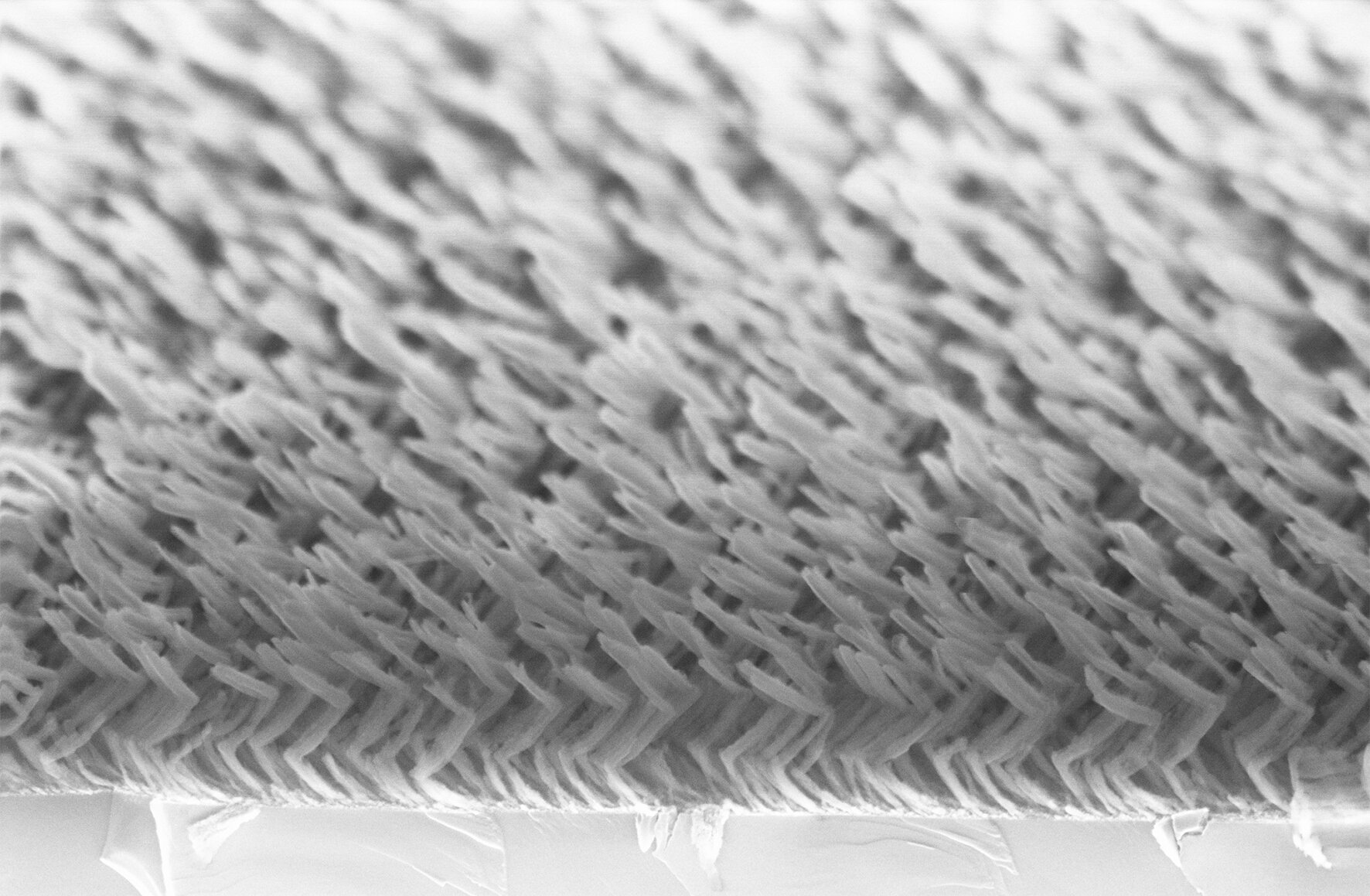 The nanomatrix consists of a silica plate coated with a nanostructure layer. Thickness of the nanomatrix is only 550 to 730 nm, yet there are trillions of nanozigzag structures on the surface which can initiate the differentiation of neural stem cells into mini-SNLSs.