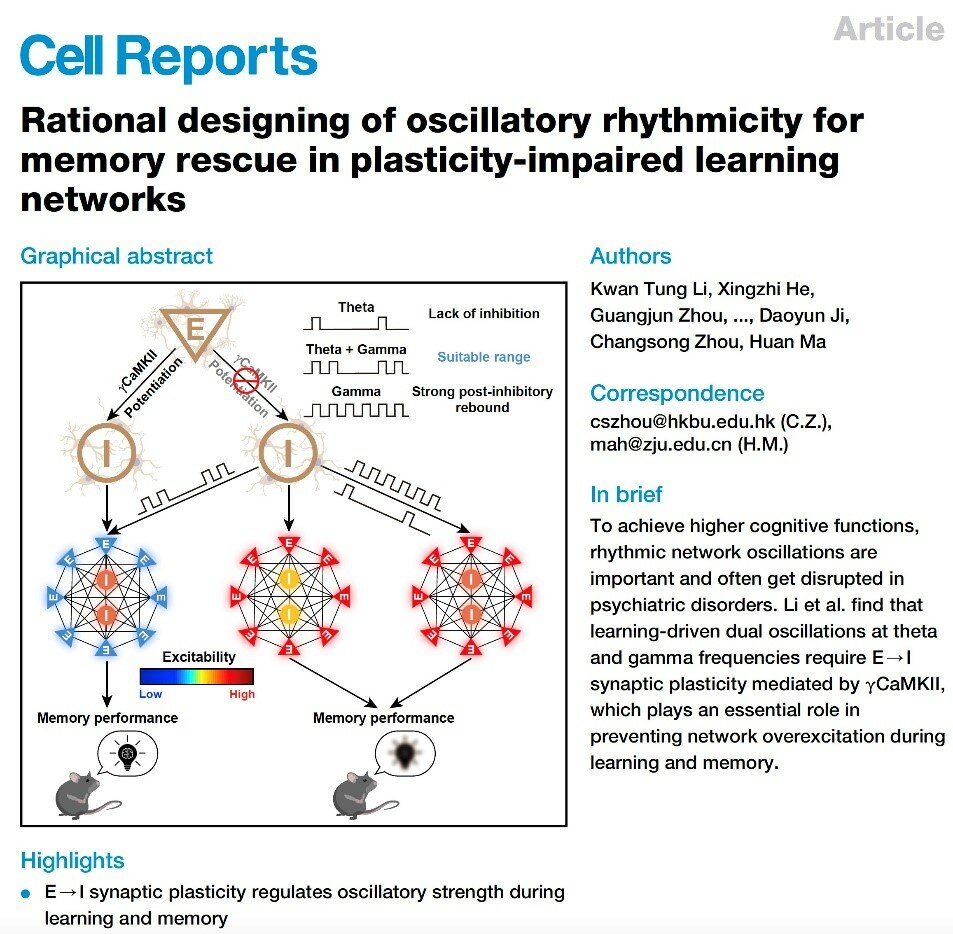 Learning and memory are the cornerstones of emotion and cognition. The dynamical change of brain oscillations in neural networks is crucial for learning. Understanding the generating mechanisms and function of brain waves is of fundamental importance for decoding real-time neural information processing and for implementing brain-computer interface. Clinically, the abnormality in brain oscillation specta is a pronounced marker and early sign of various neurodegenerative and neuropsychiatric diseases and cognitive impairments, such as Dementia, depression and schizophrenia. It has been found that electrical stimulation to brain neural network has many advantages over drugs and surgical methods, such as non-invasiveness and effectiveness, in curing brain diseases that are closely related to learning impairment, which has attracted great attention of clinicians and scientists. However, due to the complexity of neural oscillatory activities, we still have limited understanding of how to modulate brain waves, and the selection of effective therapeutic stimulations and parameters is largely by trial and error. The lack of theoretical basis has seriously restricted the development and promotion of electrical stimulation in brain therapy. 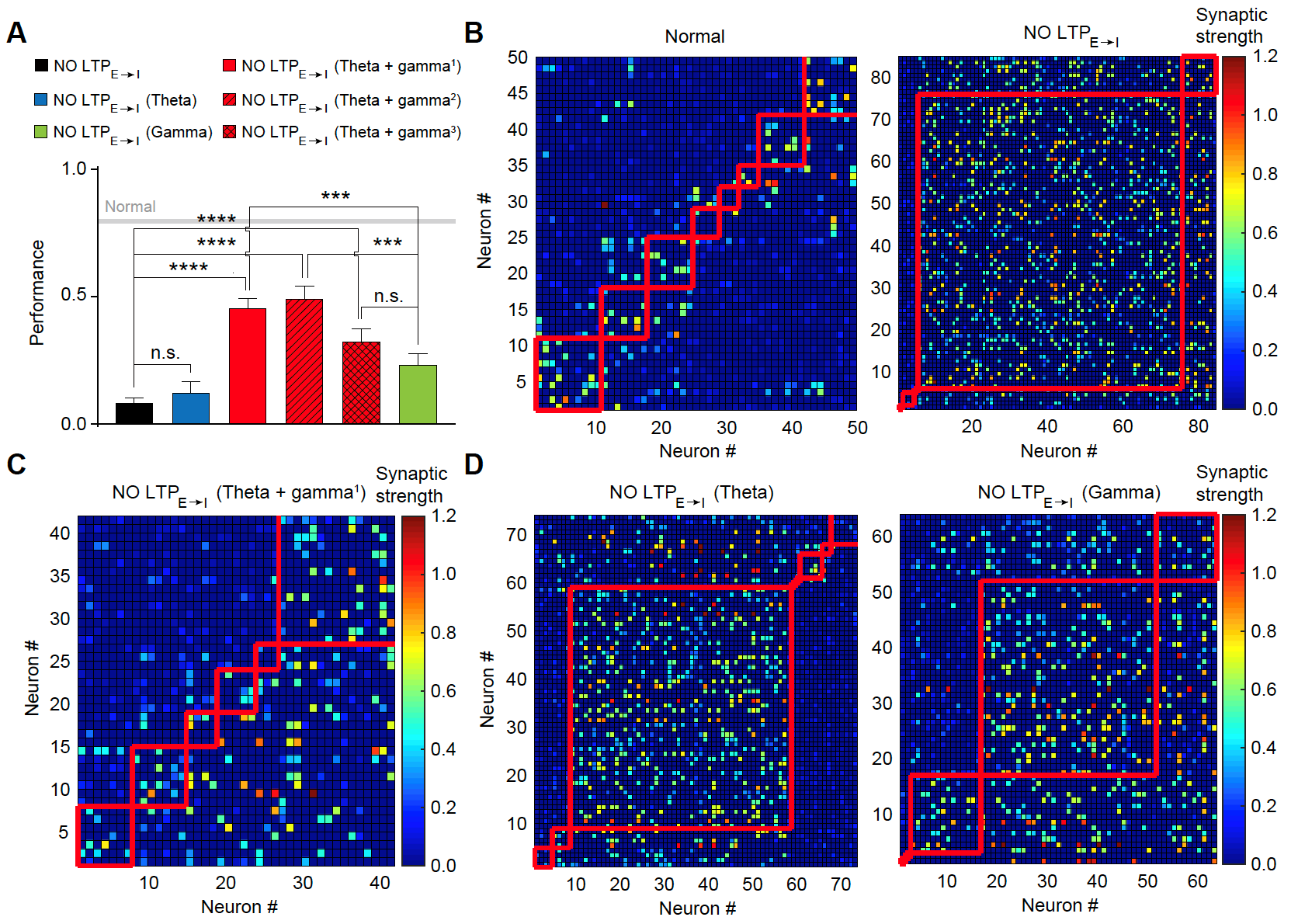 In the cognitive process, certain brain wave patterns emerged in neural network, including Theta band (4-8 Hz) and Gamma band (25-140 Hz) oscillations. The most well-known pattern is Theta-Gamma complex, which is a unique dual-frequency coupling that may be related to efficient information encoding. There is a hypothesis that the emergence of Gamma oscillation is related to the opening of NMDA channels, which are crucial ionic channels in synaptic plasticity. There is another hypothesis that the Theta-Gamma complex may be beneficial in producing synaptic plasticity during the cognitive process. However, these hypotheses have not been resolved in neuroscience, especially in the field of systems neuroscience.

Nerve cells and neural circuits have plasticity, which is believed to be the biological basis of learning, to modify the neural network connections to store the external sensory information as memory in the brain. Preliminary research by Professor Zhou Changsong's group has found that Gamma oscillations is important in effective learning through biologically realistic learning algorithms in model simulation studies. Professor Ma Huan's research group developed experimental methods to manipulate neural plasticity in transgenic mouse brains. Thus, the two groups collaborate to verify the model simulation result in animal models. Utilizing biologically realistic computational model, the collaborative team analyzed the relationship between Theta-Gamma oscillations and learning under normal and plasticity-impaired conditions through external stimulations; moreover, key findings and predictions from computational model are verified through experiments with transgenic mouse models, optogenetic stimulations, and behavioral measures, thereby clarifying the physiological significance of synaptic plasticity and oscillations in cognitive processes. 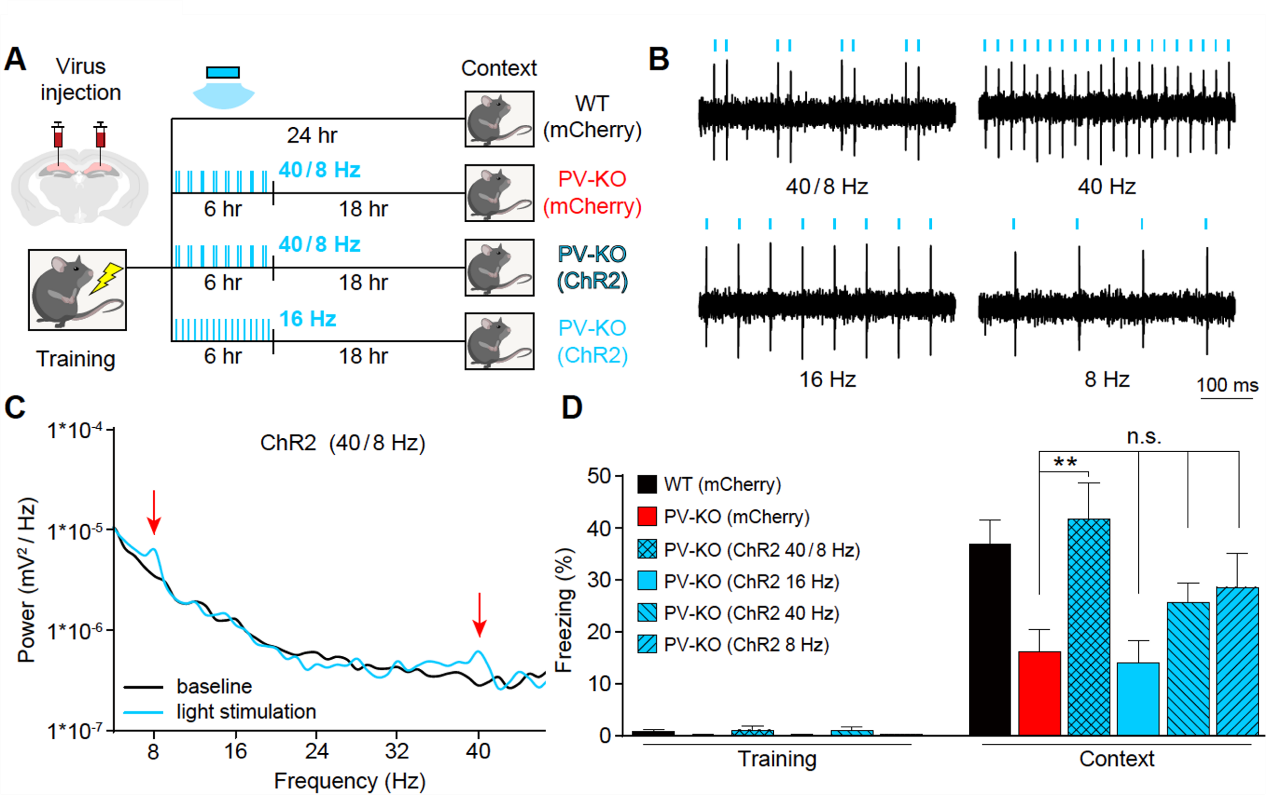 The interdisciplinary collaborative research with computational modeling and animal experiments revealed that in the learning process, when synaptic plasticity is impaired, the neural network becomes overexcited. Applying only Theta band stimulations to inhibitory neurons leads to overexcited neural network due to the lack of sufficient inhibition; applying only Gamma band stimulations, the neural network will be overexcited too, due to excessive "inhibition rebound"; only the dual-frequency complied stimulation in the Theta band (~8 Hz) nested with Gamma band (~40 Hz) restores and maintains the excitation-inhibition balance of the brain neural network in the process of learning, so as to achieve effective encoding and retrieval of memory information. This discovery for the first time clarifies the physiological significance of the Theta-Gamma complex.  It also suggests that dual-frequency coupled stimulation may be a more effective choice for electrical stimulation in brain therapy.