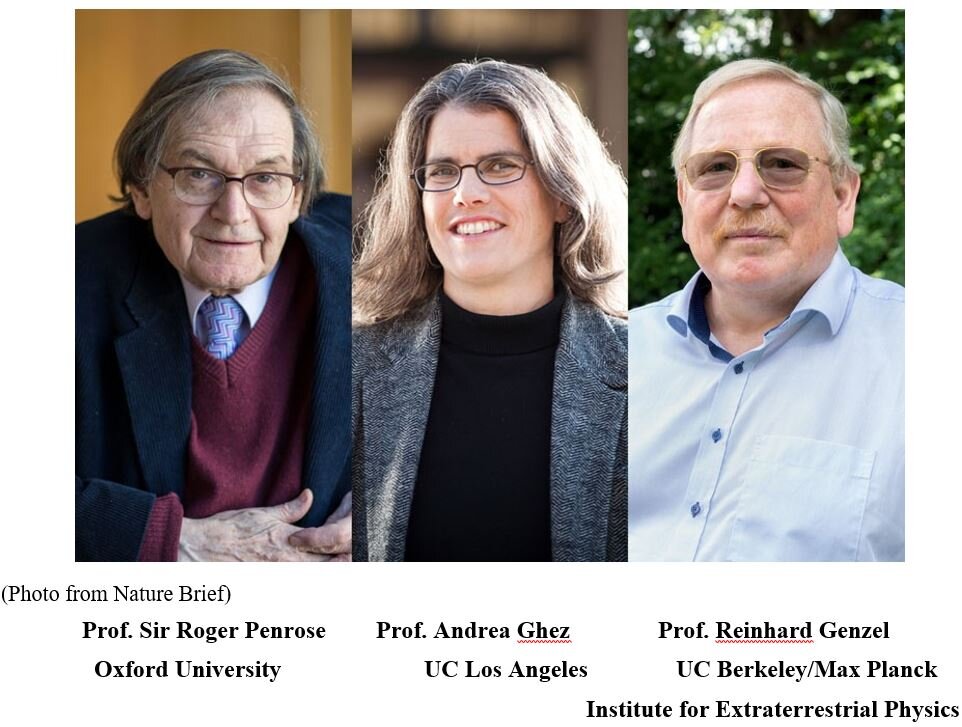 The award (from Nobel Prize website)
The Royal Swedish Academy of Sciences has decided to award the Nobel Prize in Physics 2020 with one half to Roger Penrose “for the discovery that black hole formation is a robust prediction of the general theory of relativity" and and the other half jointly to Reinhard Genzel and Andrea Ghez "for the discovery of a supermassive compact object at the centre of our galaxy".

Contributions:
Sir Roger Penrose – In 1965, he showed that according to general relativity, black holes could form given the right conditions — the formation of a surface that traps light. Inside this surface, mass enters an irreversible gravitational collapse, producing a region of infinitely dense energy called a singularity. He later worked further on singularity in collaboration with Stephen Hawking.

Prof. Ghez and Genzel – They discovered the supermassive object at the centre of the Milky Way. They investigated the orbits of stars close to the Galactic Centre. These studies led them to conclude that an extremely massive, invisible object, Sagittarius A* (Sgr A*), must be dictating the stars’ frantic movements. The discovery is considered as convincing evidence of a supermassive black hole at the centre of the Milky Way.

Source: The Nobel Prize in Physics 2020