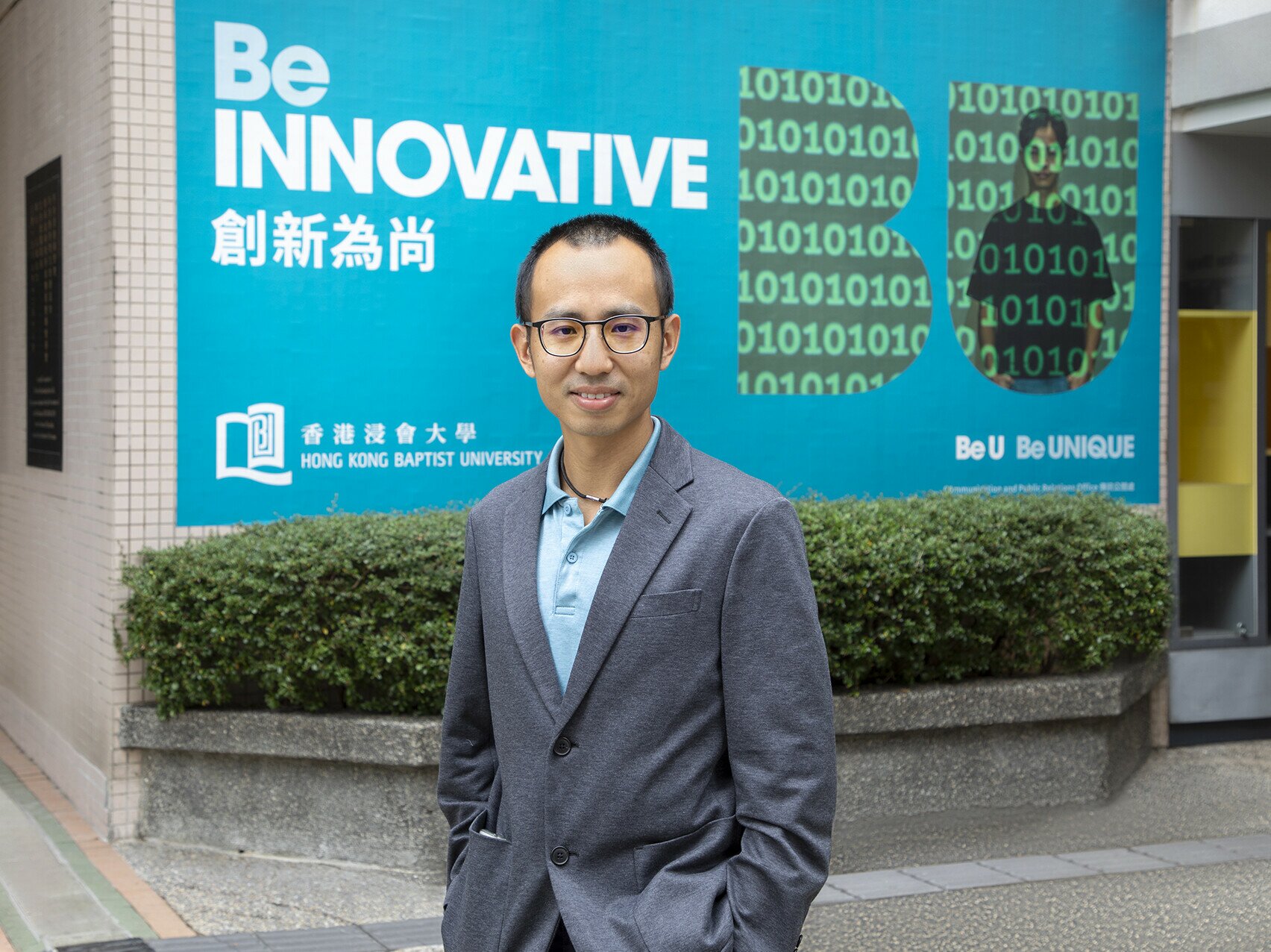 Dr Ma Guancong has been leading pioneering research in classical wave physics, in particular the areas of acoustic metamaterials and topological physics.

As the mathematics joke goes, a topologist can’t tell the difference between a doughnut and a coffee cup.

Topology, a scientific field recognised with a Nobel Prize in Physics, concerns the study of geometric objects according to the properties that are preserved under deformation, such as twisting and bending. In the metaphor, the doughnut and the cup are considered topologically identical despite their different shapes as each has a hole. The field has long existed in mathematics but was introduced to the physics realm only a few decades ago.

Today, topological ideas have led physicists to think about matter in a whole new way. One of these physicists is Dr Ma Guancong, Associate Professor of the Department of Physics, who has been looking into how topological phases are realised in acoustic systems.

Dr Ma specialises in classical wave physics research, in particular the areas of acoustic metamaterials and topological physics. His fascination with topology started with a curiosity about the unknown.

“There are too many things that we still don’t know, and this curiosity has always been a driving force that keeps me moving forward in my research,” he says, adding that he enjoys being able to acquire new knowledge and make discoveries through his projects.

In general, classical physics concerns physical phenomena that occur on a large scale, such as waves and things that we can observe, while the quantum world explores microscopic nature that we cannot see, such as atoms and subatomic particles. Distinct rules tend to apply to each area, but physicists have long searched for a way to unify the theories that describe both the large and small.

In a study that was published in the journal Science, Dr Ma and his collaborators demonstrated through both theory and acoustic experiments how topological notions lead to a more profound understanding of non-Hermitian systems, an area of physics that enables researchers to extend conventional quantum mechanics to non-standard quantum theory. The findings provide a versatile route to fine-tune the performance of materials and devices.

Recently, Dr Ma has led his research team in the University’s Acoustic Functional Materials Laboratory to implement non-Abelian braiding in acoustics, an essential process for realising quantum logic in quantum computation. Published in the journal Nature Physics, their research findings have the potential to advance wave steering and light manipulation. “Our work shows that quantum logic is more commonly realised than its name may suggest, and you can experiment with it using classical systems and observe interesting effects,” says Dr Ma. “It’s like a box full of new toys that we can play with so as to explore how to build new devices and realise new wave manipulation schemes.”

A rising star in Physics

For Dr Ma, his passion for physics grew out of his early interest in nature. From observing everyday phenomena such as the formation of clouds to learning about the celestial bodies in the solar system, he was already studying the puzzles that occur in the natural world before he chose to formally pursue a career in physics research.

Turning his passion into his profession, Dr Ma’s curiosity about the unknown remains undimmed. “I find being a researcher a rewarding and engaging experience. How do I stay curious about my research? There is always something new to be discovered,” he says.